Phillip Island street art is a perfect showcase of the island's history and it's natural attractions. 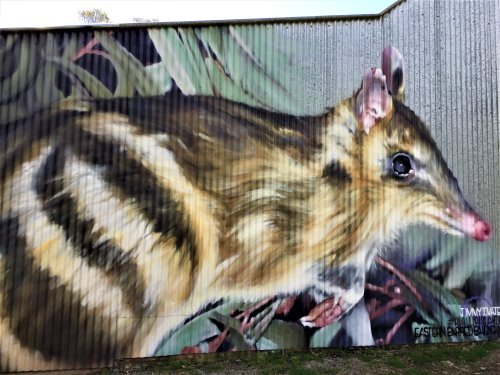 Graffiti as we know it started with tagging on walls and trains by gangs in New York in the 1920’s and 30’s and was continued by the subversive culture of 1960’s with initials or name. It became more mainstream in the 1970’s and 1980’s.

But it has, in fact, been around for centuries with graffiti found on walls in Pompeii. Before that, graffiti was scratched on the walls of caves – think of the Lascaux Caves in France.

Although now tied to the paint spray-can, which was invented in 1949, graffiti artists can use different mediums such as pen or chalk.

As in all art, styles evolve, with stencils now part of the spray-can art form, being made famous by British artist, Banksy. 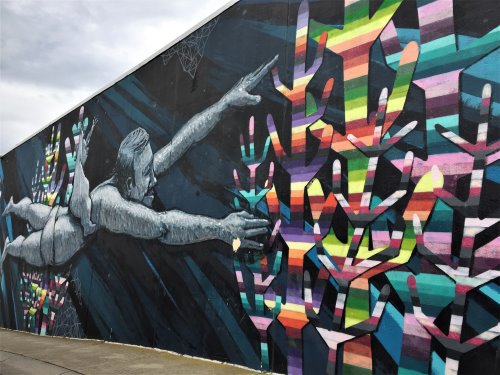 Graffiti is more to mark territory or as a message to the artist’s contemporaries. It carries no message for the general public.

Street art, however, uses the tools of graffiti to send a message. The artists want the public to engage with their work and to discuss it – just like a painting in a gallery. It now often has a political or societal meaning.

And it still asks the question – Is it vandalism or is it art?

Graffiti and street art have now become so mainstream that you can find it in fashion and for sale in galleries. 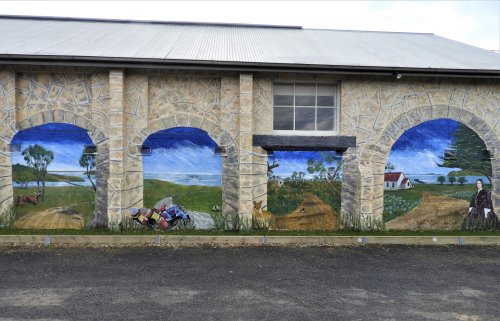 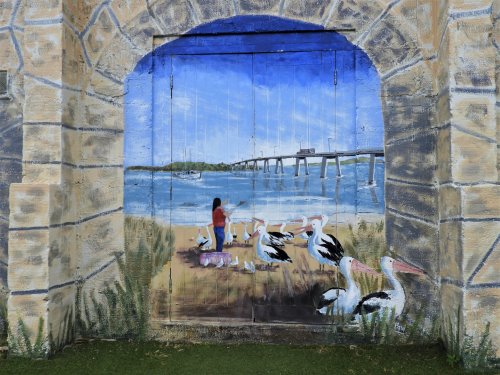 Street art has become a main tourist attraction of Melbourne as well as other major cities of the world.

And it has now become a drawcard on Phillip Island!

The parish hall at St Philips Church tells the island’s history on a mural along its side.

What other Phillip Island street art can you find? 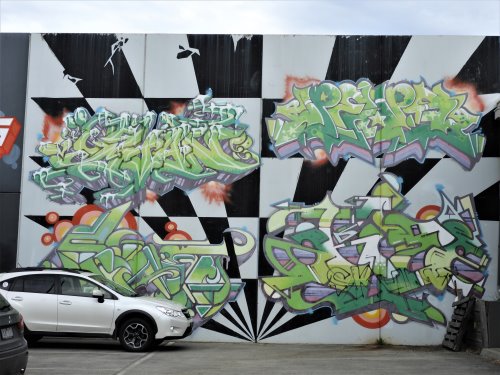 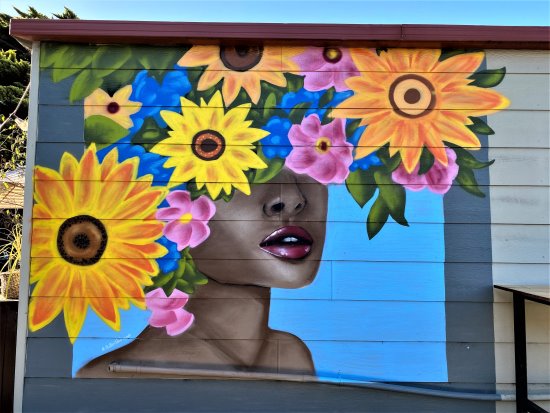 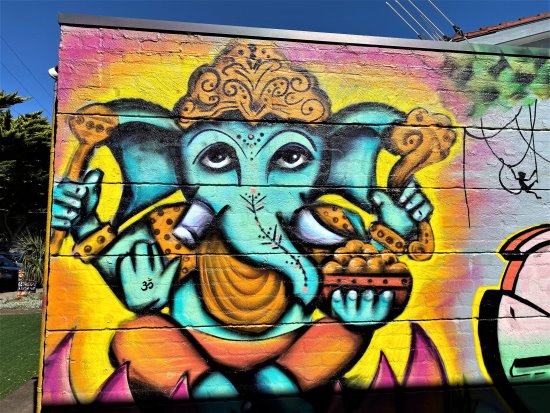 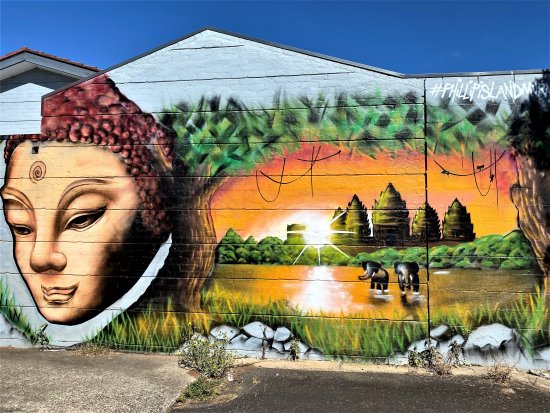 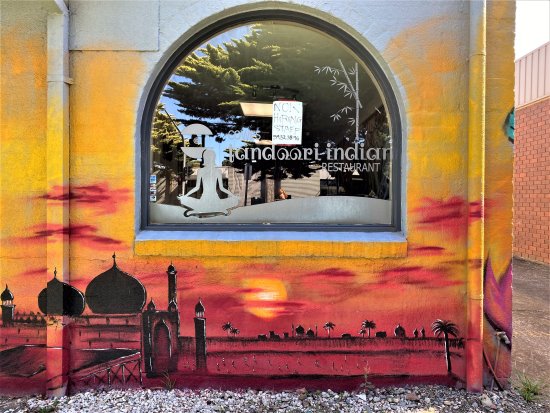 After fire destroyed the building on this spot in Thompson Avenue, Cowes, Priceline had a very appropriate mural painted along their wall. 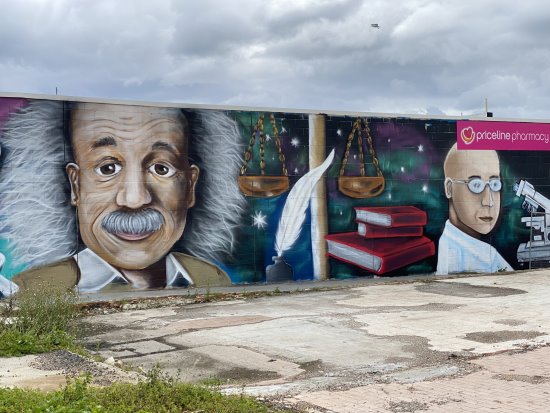 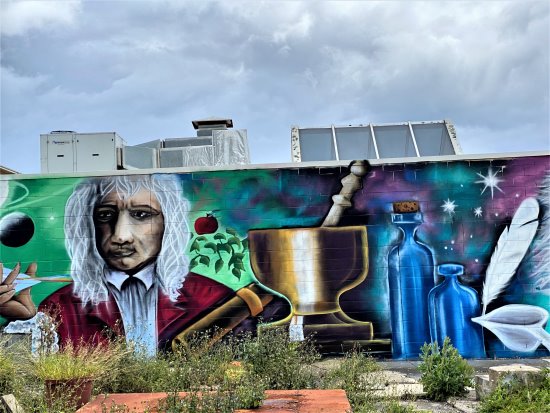 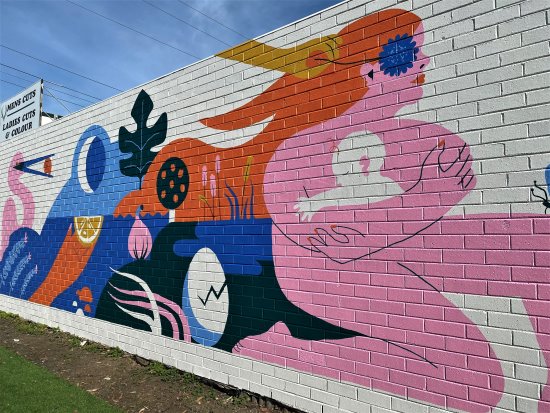 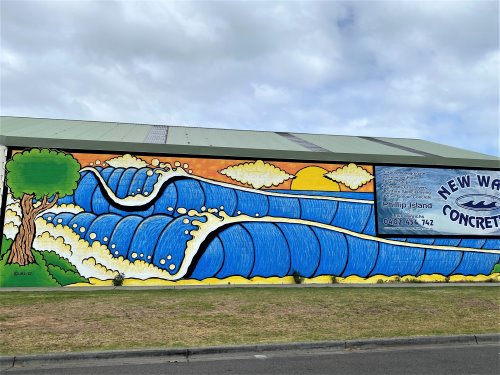 The Koala Conservation Reserve has added a lovely mural by artist Jimmy Dvate, which shows endangered Australian birds and animals. 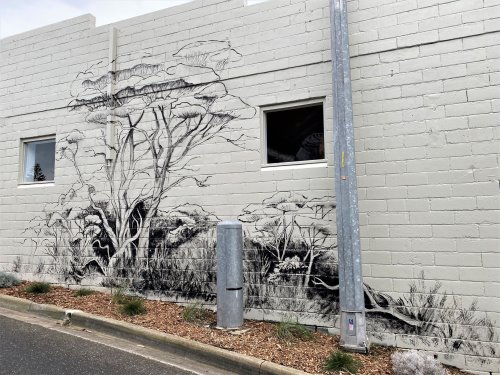