French Island - A Tranquil Retreat Away From the Crowds

French Island is a gem of a destination for a day trip from Phillip Island.

Although you can’t miss seeing it from Phillip Island, it doesn’t get its fair share of the tourists who flock to Phillip Island in summer - which makes it a special trip if you want to escape the crowds.

A 20 minute ferry trip from Cowes will take you to Tankerton jetty where you disembark to explore the island. 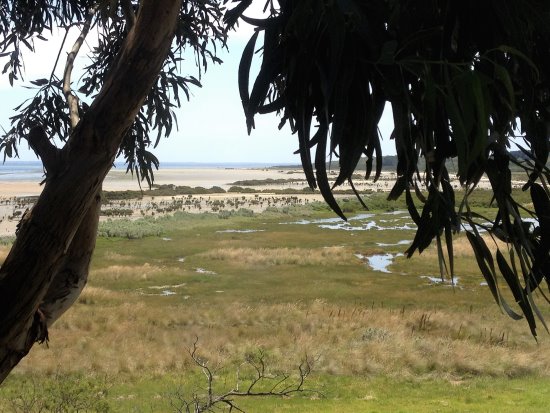 French Island was originally named Western Island by Lieutenant James Grant, who explored the area in 1801. He established the first farm in Victoria on Churchill Island during this same voyage.

Now Churchill Island Heritage Farm, it is well worth a visit.

In 1802 the name was changed to Isle des Francais by a French scientific expedition from the ship L’Naturaliste.

When the island was settled by English migrants around 1850, the name was Anglicized to French Island.

Early settlers grazed sheep and cattle, and various enterprises such as salt and chicory were begun but were not sustainable.

A prison was established in 1916. A farm was operated at the prison to help make the prison community self-sufficient – vegetables were grown and animals grazed.

The number of escapes and cost of running the prison led to its closure in 1975.

Some of the old buildings still remain.

On French Island today there are around 120 permanent residents.

Private vehicles are not permitted to be brought onto the island (except those belonging to residents). So the only way of getting around is to walk, ride a bicycle or take a tour with Naturaliste Tours.

With Steve from Naturaliste Tours

For more info on Naturaliste Tours go to www.naturalistetours.com.au

The General Store has a courtesy bus which will transfer visitors from the jetty to to the store. The store has a cafe free wi-fi, meals and a small selection of grocery supplies.

There is also a selection of local produce such as preserves, honey and wine available for purchase.

"We pick people up from the ferry, bring them to the cafe for lunch, and drop them off for them to take part in the Pinnacles walk, before dropping them back at the ferry" says the owner.

Mudflats and mangroves near the jetty host many birds such as black swans, pelicans, spoonbills, ibis and several species of migratory birds.

Black swans feed or rest in the salt marshes.

French Island National Park is a haven from the outside world, with just silence all around. A walk through the woodland might reveal orchids or echidnas.

At Pobblebonk Swamp all is quiet but at night I'm sure it echoes with throaty frog calls!

A visit to The Pinnacles offers 360 degree views all around the island and to the mainland even though it is only 66 metres above sea level. Mount Wellington is the highest point at 96 metres. 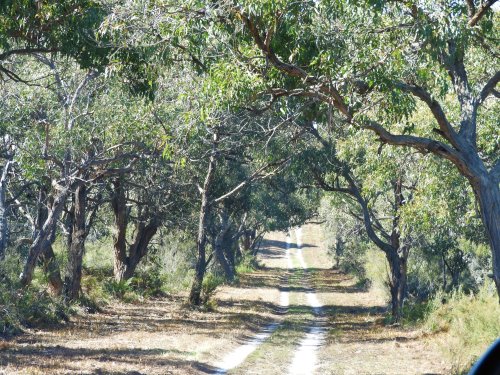 Our tour takes us to the old Blue Gums farm on the southern edge of the island.

The homestead, shearing shed and outbuildings still stand although in a very dilapidated condition. A chicory kiln stands silent and alone in a paddock.

Near the homestead two ancient oak trees look to Elizabeth Island and over Westernport Bay to the town of Coronet Bay. 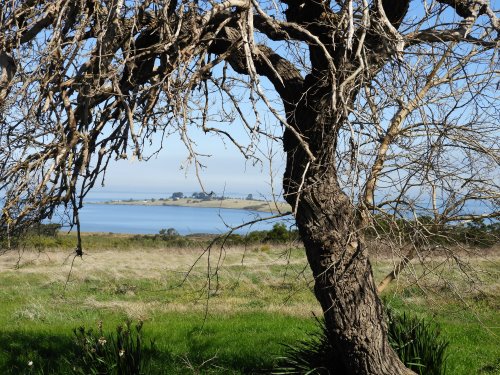 Koalas slumber in the trees along the road. Luckily the swamp gums in the road reserve are not tall so it was easy to get close up to the koalas – they are quite content to pose as they dreamily observe us!

The koala population of French Island is about 4,000 - far too many for the food available. Many have been relocated to other parts of Victoria, especially the areas which suffered loss of koala populations in the Black Saturday bush fires of 2009. 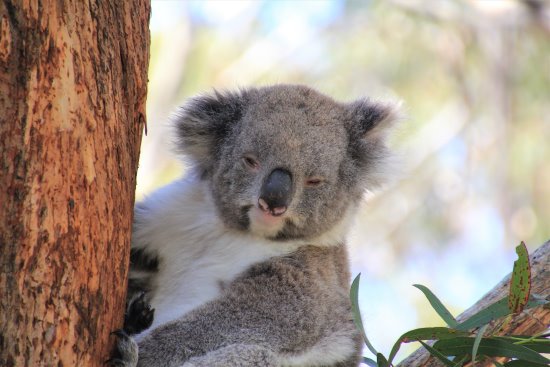 Tanderum Farm has alpacas, plus an olive grove.

We stop to admire an area of hyacinth orchids, growing in the bushland. Visiting in January, the orchids were in full bloom of beautiful purple/mauve flowers on tall slender stems.

The island is home for at least 86 species of native orchids – a treat for flora enthusiasts. The Island spider orchid is unique to French Island. 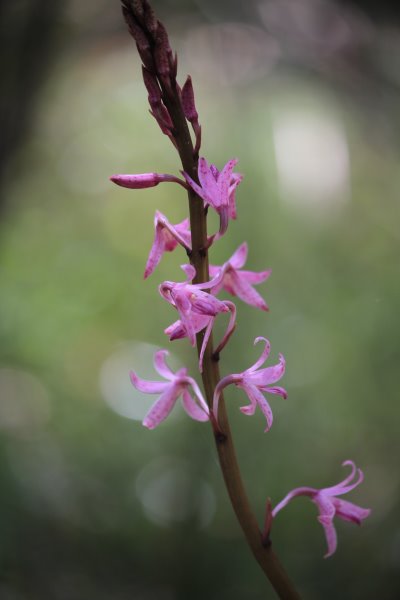 Across the island from Tankerton is the barge landing – the lifeline for islanders transporting stock and machinery, plus other large goods to and from Corinella on the mainland.

This bird is the second largest of Australia’s eagles with a wing span of around 200cm. Unfortunately, due to habitat loss this magnificent bird is classified as endangered.

We hope to see the short-beaked echidna but without luck even though they are fairly common on the island. Maybe we are too busy making sure there are no snakes on the path!

Another faunal resident of French Island is the long-nosed potoroo. This nocturnal marsupial is the size of a rabbit but with a tail about 200cm long and a long pointed nose.

A sighting might be a good reason to stay overnight!

Although the species is listed as endangered in Victoria, the lack of predators, such as foxes, on French Island has ensured the survival of potoroos.

Old chicory kilns can be spotted near farms – a fascinating relic of the once important chicory industry on both French and Phillip Islands.

If you prefer a longer stay, there is accommodation available at the Eco Inn not far from the Tankerton Jetty.


If camping is your preferred style, there is a camp site at Fairhaven in French Island National Park.The only facilities are a rudimentary toilet and non-potable water. Campers needs to bring in their own potable water or boil the water provided. Open fires are not permitted so a portable gas stove is essential.

In summer the mosquito population can be horrendous so don't forget insect repellent!

Bicycles are available for hire at the general store which is about 2.5km from Tankerton jetty. Cost is $30 per day. It would be a good idea to book ahead during busy times such as holidays.

Visitors can bring their bicycles on the ferry at a small extra charge.

Destinations can take some time to reach - if you are just on the island for the day and need to catch the ferry back to Phillip Island, keep this in mind. 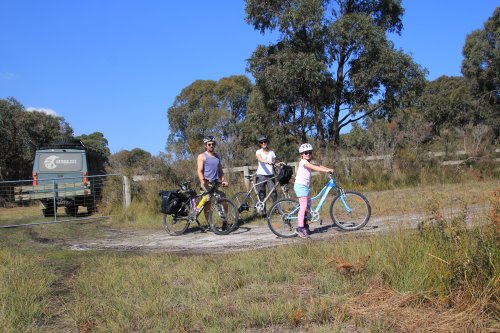 For information about the ferry to French Island click here www.westernportferries.com.au