In 1891 a granite quarry was established on the northern side of the Cape Woolamai, on Cleeland Bight, to provide stone for Melbourne buildings.

Melbourne, at that time, was growing rapidly on the back of gold discoveries, and many beautiful Victorian-style buildings were being erected.

Walking along the sandy tracks on Cape Woolamai you may not realize that underneath is a mass of pink granite, although the 100 metre cliffs along the eastern and southern sides do give a clue to this foundation.

And this Cape Woolamai pink granite has a number of admirable characteristics - it is water resistant, an attractive colour and amenable to a fine polish. 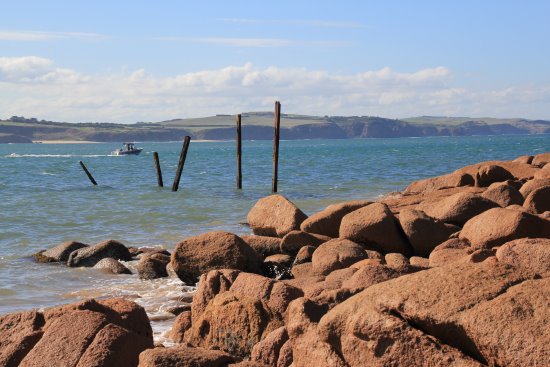 Today it is still possible to visit the quarry, but only at low tide.

Visitors can see on some granite blocks the drill holes used to split the stone, a method called “plug and feather”.  Holes with a 1” diameter and 4” deep were drilled by hand, and possibly by power driven drills, which were available at that time. Steel “feathers” (like a pipe cut in half) were put into the hole and then an iron “plug” pushed between the feathers. The plug was then hammered until the rock split. 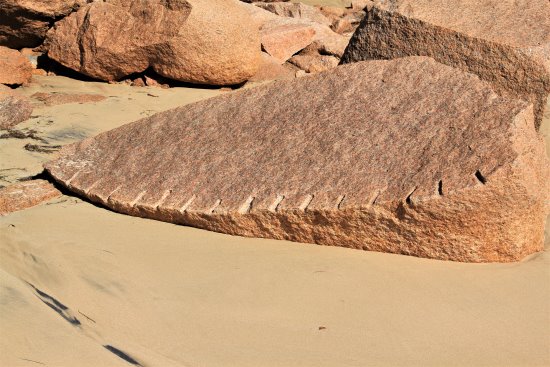 A jetty was built of granite blocks from which to load ships. The remains of this jetty can still be seen.

Vessels would come in on the high tide. At low tide granite blocks would be brought on trolleys along a tram line and loaded with a crane.

With the return of the high tide the ship re-floated, and the cargo taken to Little Dock, near Spencer Street, Melbourne, a two day trip.

Quite a few trips were made to Melbourne with a load of granite. However disaster struck on December 10, 1892 with the sinking of the Kermandie.

The Kermandie had left the quarry with a load of granite in its hold and also strapped on the deck. She then had a cargo of wool loaded in San Remo. After sheltering from bad weather at Rhyll for a few days, she set out for Melbourne despite further dire weather forecasts. Possibly due to the weather, or because of shifting cargo, or a combination of both, she disappeared.

It was soon after the sinking of the Kermandie that the quarry was closed.

It appears that the Cape Woolamai granite that did reach Melbourne was used for only one building – the Colonial Mutual Life building built by Equitable Life Assurance of the USA, on the corner of Collins and Elizabeth Streets.

Granite from the Cape Woolamai granite quarry was used in the base-courses and also in the impressive portico.

Unfortunately, the building was demolished in 1960, one of the many fine old Melbourne buildings which suffered this fate at that time. 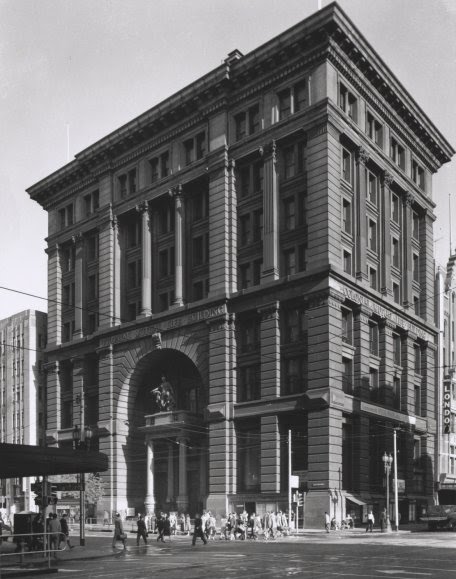 Some of the salvaged pink granite is at the Melbourne Museum and the statue from the portico is now at Melbourne University, near the Baillieu Library.

On Phillip Island, granite blocks can be seen in Cowes at the town square and in front of the Library.

Meanwhile, left on the beach today near the old quarry jetty are piles of granite blocks, lasting evidence of this short-lived enterprise.

After visiting the granite quarry, continue walking along the Cleeland Bight beach to the short track back across the dunes to the Woolamai Beach car park. 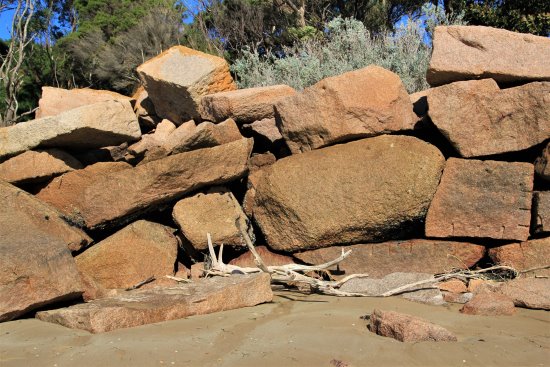