The short-tailed shearwater colonies on Phillip Island and in the Westernport Bay area are home to around one million birds.

Their 15,000 kilometre journey takes them up the Pacific Ocean to Japan and on to the Arctic - the Aleutian Islands off Alaska.

The return journey is via the west coast of north America, thereby completing a figure of eight flight pattern. 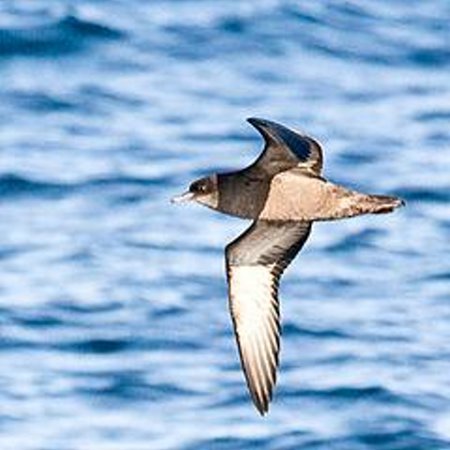 The shearwaters return to Australia in September to their original burrows in the sandy dunes fringing Phillip Island's southern coast. Or they build another nearby.

When they return they weigh about 500g but increase in bulk as they recover.

Here, at the breeding colonies, they moult their head and body feathers.

After preparing their burrow they mate, with the female laying one egg in late November.

Males and females share the incubation shift with the chick hatching mid-January. 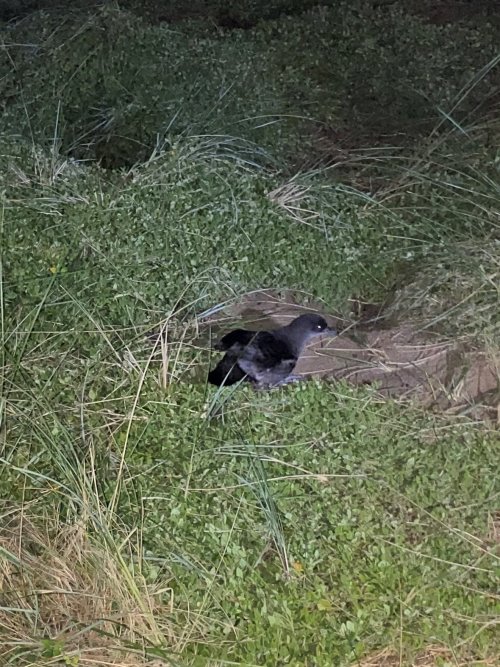 A Short-tailed Shearwater Returning To Its Burrow on Phillip Island

After about three days the chick is left alone during the day as the parents go to fish. It is then fed nightly for the first week.

Parents feed their chick less and less frequently until it is time to return to their winter quarters.

The chick grows very quickly to reach adult weight, losing its down and growing feathers.

In late April, the adults leave the rookeries, followed a few weeks later by their young. 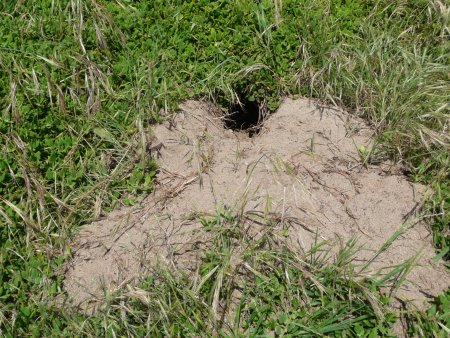 Many of the young shearwaters do not return to Australia in the first year but remain in the north.

During their time in the Arctic and northern Pacific, they replace their flight feathers for the long flight home to Australia.

Shearwaters never visit the colony during daylight hours but wait in large flocks out at sea (called rafting) until sunset, using the darkness as protection against predators.

Road signs on Phillip Island advise when the shearwaters have begun their annual migration. Please slow down and drive carefully during this time. 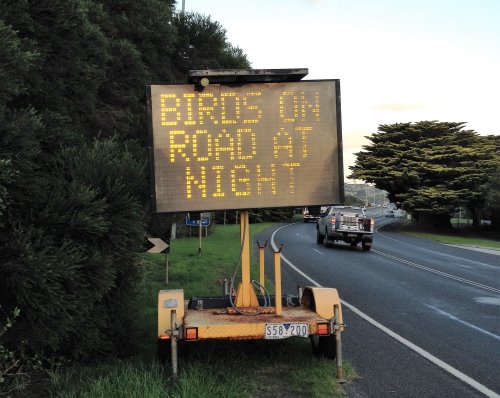