Species of Phillip Island snakes comprise only the Lowland Copperhead.

It may be confused with the patternless tiger snake, eastern brown and red-bellied black snake.

Over many years, there have been reports of other breeds of snakes on Phillip Island, but experts feel that the copperhead could be mistaken for other breeds because they are very variable in colour.

Other snake breeds could be brought onto Phillip Island inadvertently, but they cannot breed with the copperhead and therefore would not be able to start a new population of another snake breed.

Lowland copperhead snakes hibernate in winter and come out in the spring with the arrival of warmer weather. 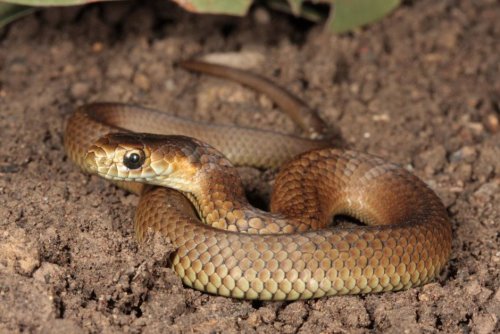 The scales of the back and upper sides are semi-glossy and uniformly blackish to grey-brown in colour, with a brownish or orange flush in some individuals. Belly colour is cream to grey. The head is relatively narrow and barely distinct from the neck. The upper labials are characteristically “barred” with a whitish anterior edge. The eyes are moderately large, pale coloured with a brown to reddish-brown rim, and the pupil is round.

The common name Copperhead snake refers to the coppery-brown coloration of the head and particularly the snout of some individuals.

Lowland copperheads are found in lowland areas of south-eastern South Australia, southern Victoria, Tasmania, and the islands of Bass Strait.

In the wild, the copperhead snake eats mostly prey such as insects, frogs, and lizards (plus lizard eggs). They will also occasionally take warm-blooded prey such as birds and mammals. Skinks are by far the most common prey consumed.

Maturity of the lowland copperhead is reached at a snout-vent length of at least about 477 mm in males and 436 mm in females in the south-eastern part of mainland Australia.

It is believed mating occurs in late summer. On average, 15 young are born in each litter. Larger females tend to have larger litters.

The Copperhead snake tends to be secretive and prefers to avoid encounters with humans. If cornered a copperhead will hiss loudly, flatten its body and thrash or flick about, but usually without biting. Further provocation will cause the snake to lash out and bite.

Copperheads have hemotoxic venom which means their bite is painful, but it is extremely rare for it to be fatal. 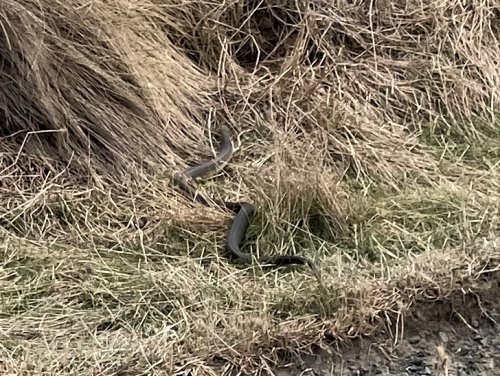 Lowlands copperheads don’t have predators as such but can be paracitised by ticks and tape and round worms, as well as other parasites.

On Phillip Island, copperhead snakes can be found in gardens or along walking tracks.

If you do come across a copperhead snake, move away and leave it alone – it is not an aggressive snake.

Keep your garden and around the house area clear of hiding spots such as piles of timber.

Thanks to Phillip Island Nature Parks and the Australian Museum for much of the above information, and the ABC for the photo.