Ah! Feel the sand between your toes with some Phillip Island beachcombing.

Nothing relaxes the mind and body more than a walk along the beach looking for shells.

Or seeing what the sea has washed onto the tide line. 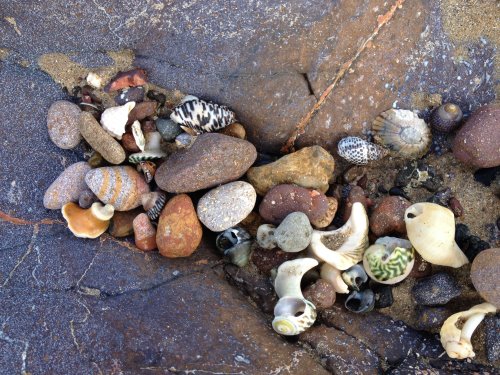 Some species of shells are  protected.

They are identified on signs at beach entrances. Please do not remove these shells.

By the time a shell has been washed up onto the beach, the creature that used it as a home has usually gone.

If there is still a creature inside, leave the shell on the beach or return it to the sea.

Is This Sea Creature Dead Or Alive?

Below are some tips for you to remember when you discover interesting creatures in tide pools or along the shore.

Starfish have tiny tentacles under each arm. If the tentacles are moving, the starfish is alive. To double check, touch gently or put in the water to see if it starts moving. If not sure, leave alone. I have a lovely dry biscuit sea star but it very smelly - it might be better left for bird and crab food!

There are several types of shark egg cases to be found on Phillip Island. If a case has a split at one end it is dead, with no embryo inside. If it is intact and has fluid inside, leave it in the water for it to continue living and developing.

Hold egg case masses up to the light. If you see tiny things floating in fluid, leave it in the sea.

If a bivalve shell is intact and tightly closed, then there is a living creature inside. If you touch an open bivalve and it closes it is obviously alive!

With spiral shells you can easily see if there is a creature at home - either the original mollusc or a hermit crab. Many molluscs have a “door’ called an operculum, which they use to block the shell entrance so they can close themselves tightly inside. Leave it, as it’s alive.

I love to look for sea urchin shells as they are great for decorating my seaside home.

To help keep our beaches clean, bring a bag with you to collect any rubbish such as plastic. This can also save the life of seabirds and sea creatures which often mistake shiny plastic as food.

One shell to avoid is the anemone cone shell. They have a toxin which they use to immobilize prey.

Do not pick up live anemone shells.

The shell can be up to 8cm long but on Phillip Island is usually around 4-5cm and is common in the tide line debris.

The irregular patterns on the shell can be in purple, brown or white tones. 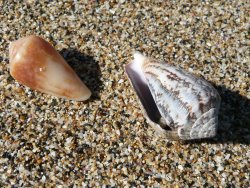 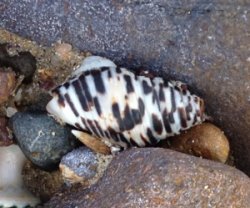 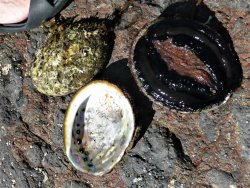 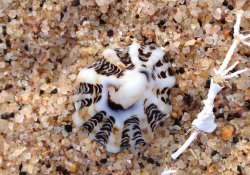 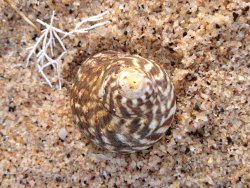 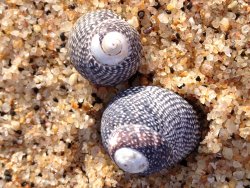 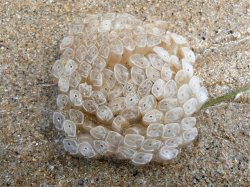 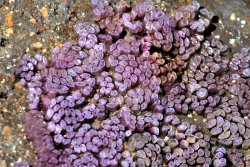 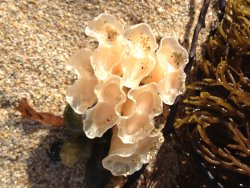 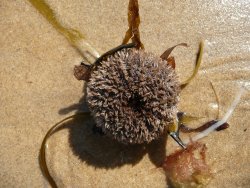 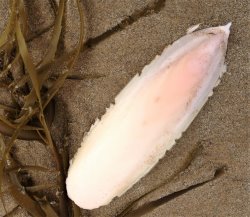 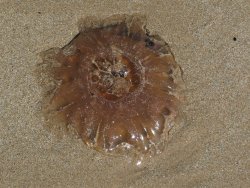 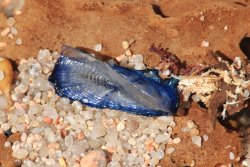 By The Wind Sailor

One of the more unusual finds on Phillip Island’s beaches is pumice.

Pumice is formed when an underwater volcano erupts. These eruptions occur more frequently than is generally known. The gas-rich frothy magma from the eruption cools quickly, trapping gas bubbles within the rock, forming pumice. Pumice is a highly porous rock that is light enough to float on water.

Floating on the ocean, pumice can become waterlogged and sink, but a lot is also washed up on beaches.

A famous recent case regarding pumice was a pumice raft found by sailors in the Pacific Ocean in 2019. This raft resulted from an eruption near Tonga, with the raft expected to reach Australia at some time.

The pumice pieces found on Phillip Island’s beaches are very small but quite distinctive once you know what to look for. 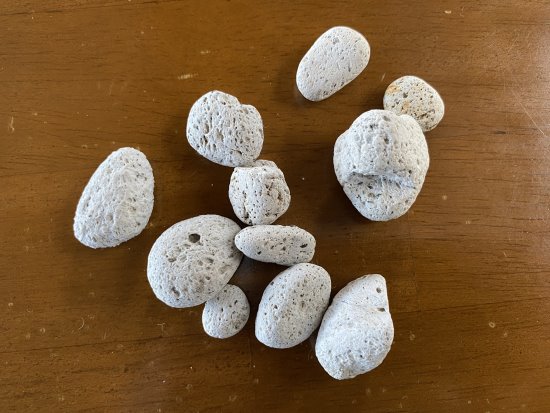 Some of the most unusual finds when beachcombing are shark egg cases.

The females of some shark species lay egg cases from which baby sharks later hatch.

On Phillip Island I have found four different types. 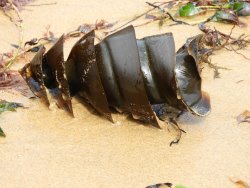 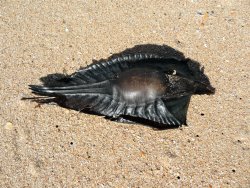 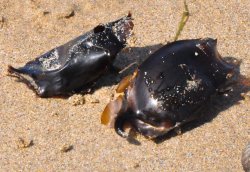 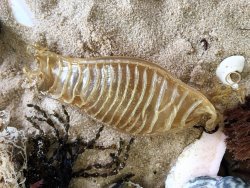 Sea glass is weathered glass which has been frosted and rounded by the sea. It could have been rolled in the sea from 20 to 30 years for the characteristic texture and shape.

Coming from sources such as broken bottles, tableware and shipwrecks sea glass can come in different colours including green and brown, with white (clear) being the most common.

Usually found after king tides or at low tide after a storm, sea glass is popular for making jewellery and decorative pieces such as mosaics. 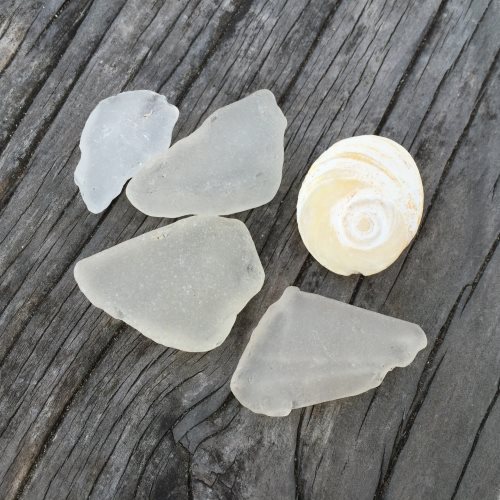 There are many more treasures for you to find as you go Phillip Island beachcombing! Discover!